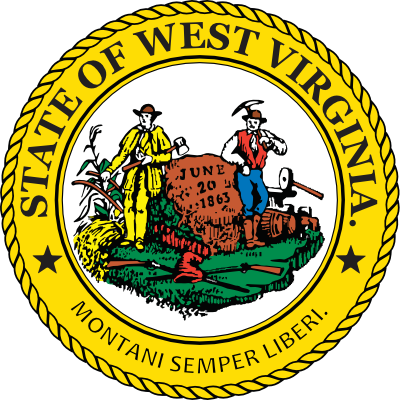 West Virginia hunting and trapping regulations are set by the West Virginia Division of Natural Resources. West Virginia provides a diverse selection of recreational opportunities for the avid hunter. McDowell County is in District 4. The District 4 office is located at 2006 Robert C. Byrd Drive, Beckley, WV 25801. They may be reached at (304) 256-6947.

In West Virginia, it is illegal to:

Licenses may be obtained as follows:

Only one antlered deer may be taken per year.

It is illegal to hunt deer with:

sunrise to 1/2 hour after sunset.

Only one either-sex turkey may be taken during the fall hunting season with either bow, crossbow or gun.

Two bears may be taken during the bear firearms season provided that at least one bear must be taken in Boone, Fayette, Kanawha, Logan, McDowell, Mingo, Nicholas, Raleigh or Wyoming counties. Only one bear may be taken per day. No person may take more than two bears annually in archery, crossbow and firearms seasons combined.

A bow or a crossbow may be substituted for a firearm during bear firearms season.

Bear hunters are required to wear at least 400 square inches of blaze orange over his or her outer clothing while hunting in a county or part thereof during a deer firearms season. This does not apply to waterfowl hunters and persons engaged in farming activities on their own land.

hunt a bear with:

How to Get Your Business Discovered on the Internet 102