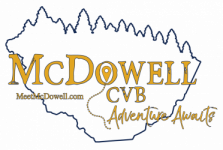 DOWN IN THE COALFIELDS

McDowell County is part of the National Coal Heritage Area.

McDowell County was formed by an act of the Virginia Legislature on February 20, 1858, and was named after Governor James McDowell. The county is located in the most southern part of the West Virginia coalfields and is nationally known for its prominence in the coal mining industry, setting production records and was a major player in the state’s economy.

Major Andrew Lewis of the Lewis and Clarke Expedition camped in the town of Iaeger, WV, on February 26, 1756, and it is listed on the national historic road markers.

McDowell County is known as the setting of the #1 New York Times Bestselling Memoir ‘Rocket Boys’ by Homer Hickam that inspired the major motion picture ‘October Sky’. This is the story about the Coalwood, WV, boys whose innovations and aspirations in the art of rocket science gained the town national recognition.

Come and explore the excitement and enjoyment of meandering the country roads of McDowell County. Adventure Awaits.

Caring for Our Region

The McDowell County Convention and Visitors Bureau exists to establish McDowell County as a new and exciting destination for tourists. Our goal is to promote the area, local businesses, events and activities to develop the region as a new place for adventurers to explore.

I would not be where I now am, I would not have some of the responsibilities which I now bear, if it had not been for the people of West Virginia.

People who always support and endorse our good work!